Yes, I know it’s Saturday afternoon here, but the Thursday Doors Blue Frog is still accepting links for another ten hours or so. Plus, it feels like it’s been such a long time since I did a TD post, I didn’t want to miss the last one of 2018!

For this end-of-year recap, I thought I’d re-share three favourites from previous posts, and post three doors that I found this year but never got around to creating blog posts for. I’ve returned to being more of a spectator for TD this year, but if time permits, I’ll be playing along again next year (I certainly have enough photos for it!)

Possibly my favourite find of the year is this one from an impromptu road trip with a few friends, which led us to the seaside town of Kingscliff. (I’m sure there must be lots of sayings about finding unexpected gems by not sticking to a set route. This is a good example of that.)

Another door that quickly came to mind was this colourful number from Footscray in Melbourne’s westside. I still have no idea what the shapes and patterns are meant to convey, but I like the bright colours. 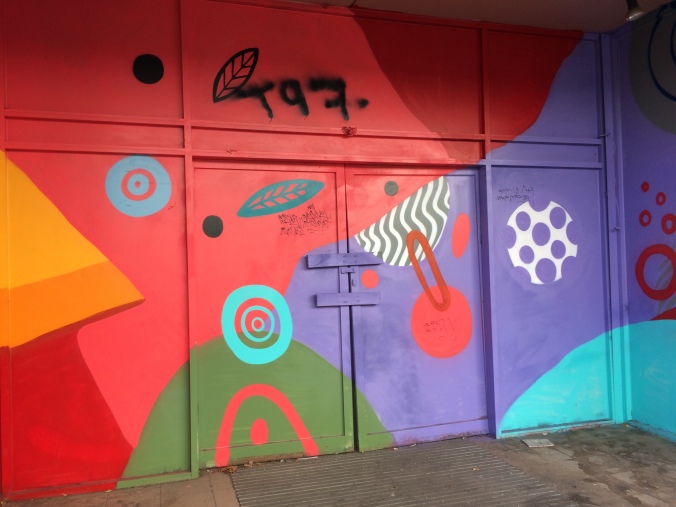 But I do have quite a soft spot for doors that have seen better days, so I wanted to give the final podium place to this humble door in Brisbane’s inner south:

Including this door also means I can now report that I’ve been back here, to The Bearded Lady, and had a beer and enjoyed some live music. The interior is much the same as this exterior, and it is an excellent place to spend a Sunday afternoon.

And now here are some new doors from important chapters in my year. First is a random door I found while cycling between Palm Cove and Cairns. I’d flown up for a friend’s wedding, and had a few days spare either side of the big day, so of course I went exploring.

In November this year, I had the chance to go back to Rockhampton for work. I didn’t feel much like exploring because it was quite hot (although not as terrible as I remembered from my first few trips), but I did get this shot from one of the hospitals there.

It’s quite an old building, but very well-preserved. I reckon this room looks like it could be the lobby of a museum or hotel. I purposely went there early in the morning to take photos while there was no one around.

Before I go to the final photo, I just want to say that I think it’s just coincidence that only one of the doors in this post is from my hometown. You’d be forgiven for thinking I live in Melbourne. I don’t, but I returned there in October for my cousin’s wedding. I only stayed for about a week, but found time to do a doorscursion to Fitzroy.

Truth be told, I was also on the hunt for some croissants a friend had recommended to me, but I’m always on the look-out for interesting doors, and I found these quaint neighbouring doors along the way: 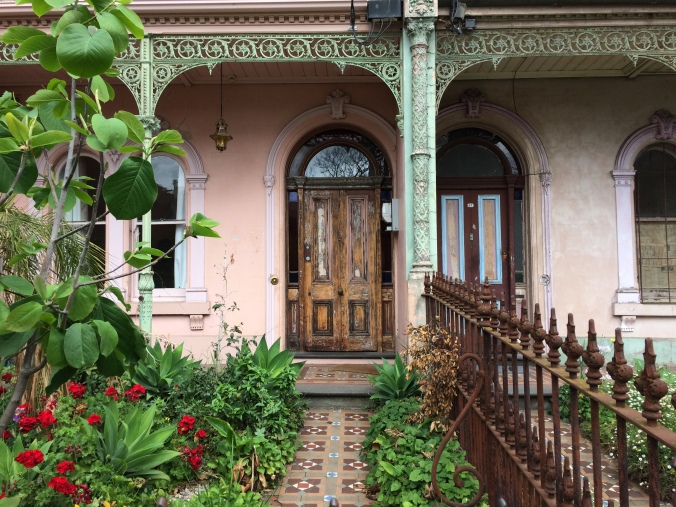 The whole street was full of these terrace houses, so it was hard for me to not take photos of all of them. The above pair were my favourite though, especially with all that greenery around.

Thursday Doors is run by Norm. Please visit his site to find links to other participating blogs (and maybe get inspired to join in next year!)